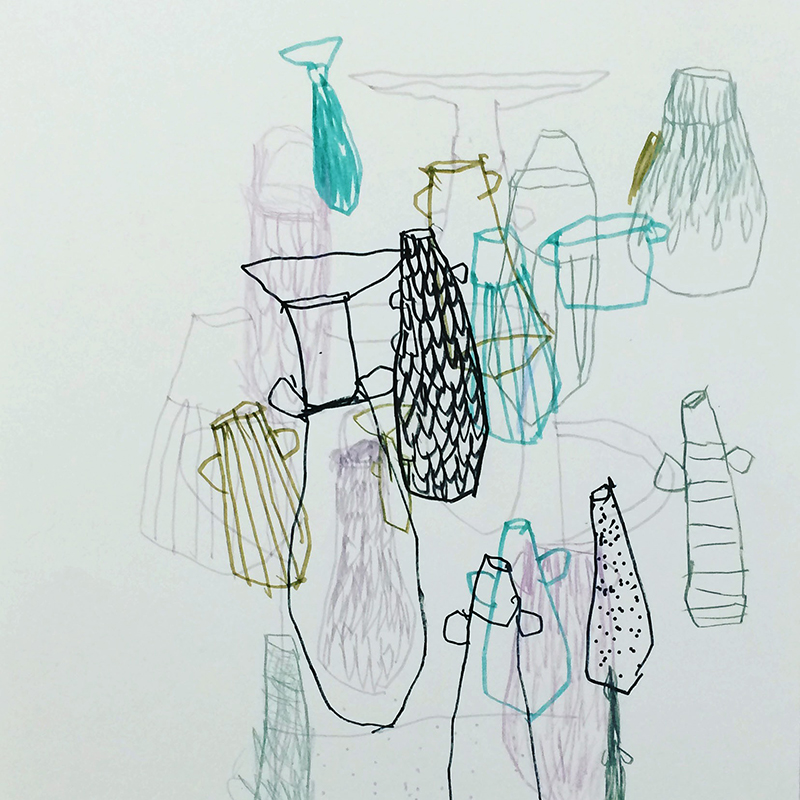 Michele Morcos is a multimedia visual artist with a studio practice here in Sydney. Last year Michele completed an artist in residence program in Greece which has resulted in her latest body of work and currently showing solo exhibition at Koskela.

To set the scene, Michele explains: “In June 2015 I travelled to Greece to complete a residency at the Milos Studios on the island of Skopelos. At the time Greece was facing a referendum on the future direction of the country, and a possible Grexit from the EU. The locals were full of questions – as words, emotions & systems of order were all up in the air and up for debate. The country was in a state of shock and it was as if transparent thoughts, emotions, and parallel histories floated in the invisible spaces between the sky and the sea.”

“Whilst working in the residency studio and travelling throughout the island I created a collection of sketches, assemblage drawings, monotype prints and a small series of coil woven forms using the ghost nets and fishing ropes that I found washed up on the local beaches and coves. These works then became the inspiration for my latest solo exhibition – entitled among the whisperings and the stars, which evolved in my Camperdown studio in the past year.”

You can catch Michelle’s solo exhibition among the whisperings and the stars at Koskela, 85 Dunning Ave, Rosebery (Sydney) NSW, from now until 02 October 2016.

To see more of Michele’s work and peek inside her studio, click through to the interview in my Space to Create series.