If you’re looking for a beautifully designed and practical gift for someone who’s hard to buy for, you’re going to love Anaptár calendars.

So much more than just a traditional way to mark off the days, Anaptár calendars are complex visualisations of seasons, months, weeks and days, together with precise mapping of the sun’s and the moon’s orbits, solstices and equinoxes. The spectacular large format posters are made specifically for various cities, using a unique data mapping method.

Hungarian graphic designer Anna Farkas says of her creative process: “I conducted a survey some years ago on how people see a year. It turned out that almost everyone saw it linearly. It seemed that it was cyclical only in my head, that is I saw it in a unique way. The Moon has fascinated me since I was a child. I wonder why it appears at different heights and in different sizes in different phases of its cycle. This curiosity led me to design the first Anaptár, the creation of which is a rather meticulous but loveable task for me.” Anna designed her first Anaptár in 2009 and has come out with a new issue every year. From 2018 Anaptár has versions adapted for the geographic locations of Budapest, Chicago, London, Los Angeles, New York and Sydney. 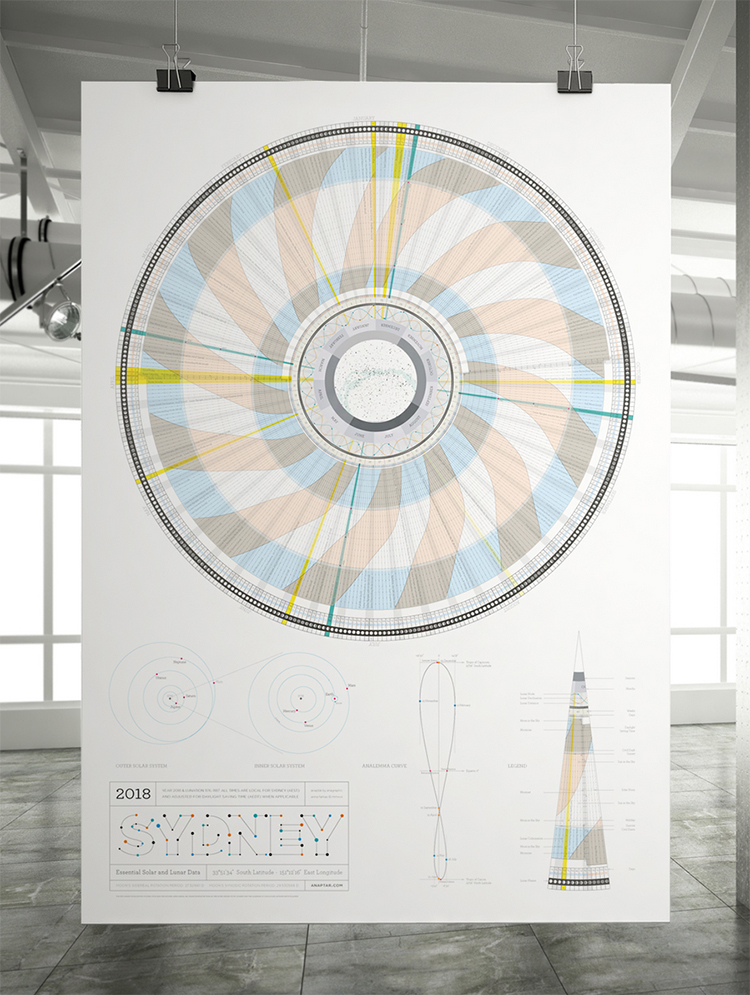 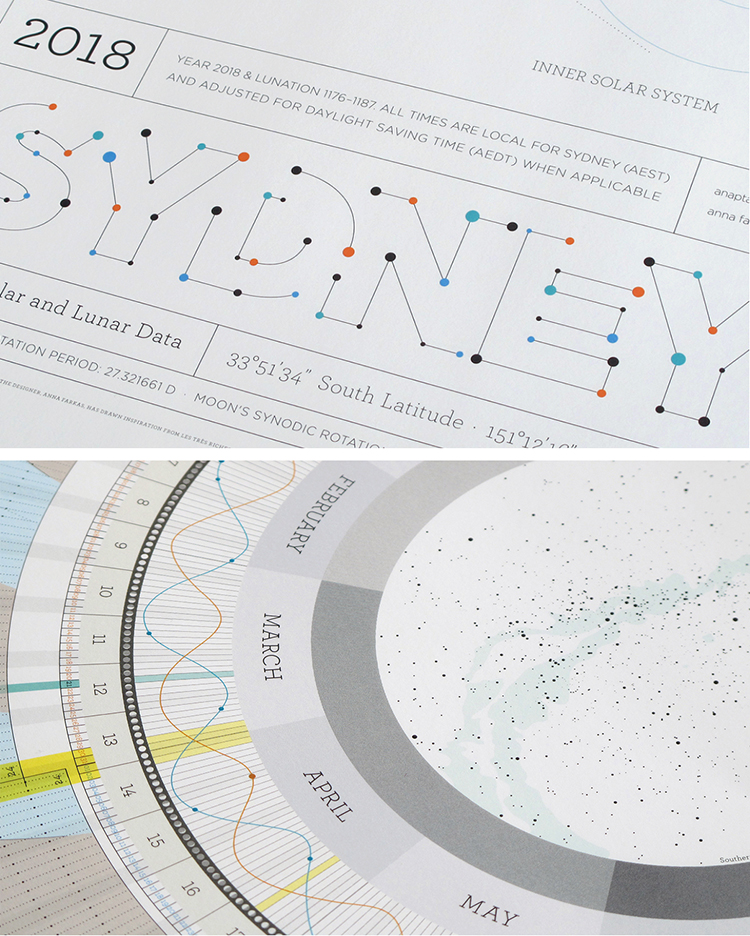 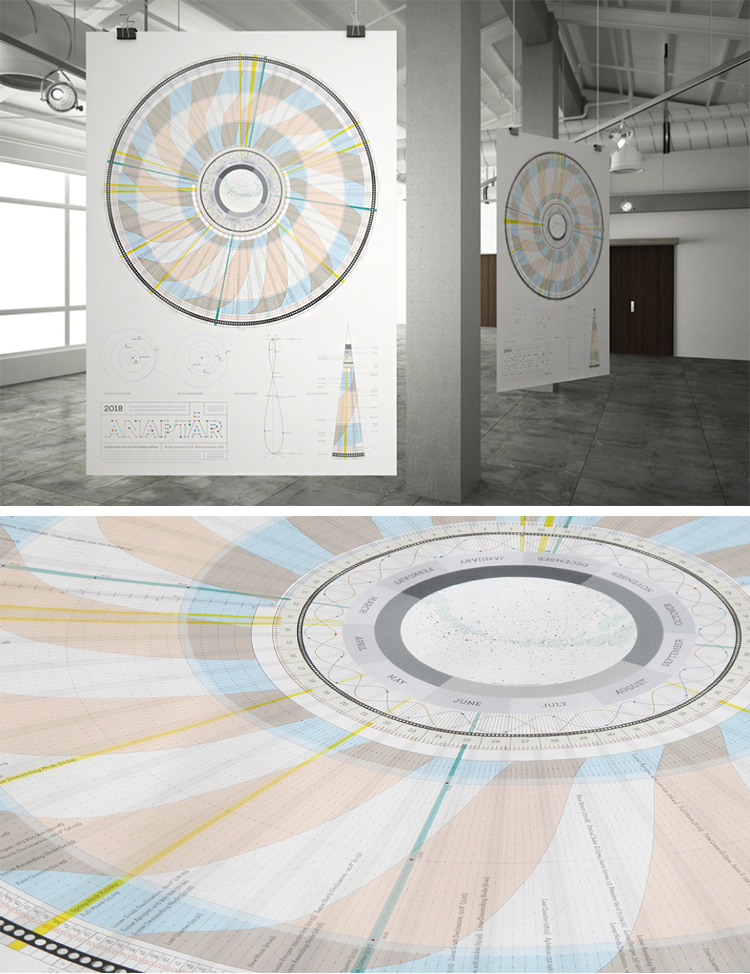 Anna sent me an Anaptár calendar of Sydney and it’s truly a marvel. It’s no wonder that Anaptár is the recipient of, or finalist in, a number of prestigious design awards, including the Red Dot 2015 winner, German Design Award 2016 nominated, CommArts’ Award of Excellence, Gregor Calendar Award’s Award of Excellence 2017 and Fast Company’s Innovation by Design Awards 2016 Finalist.

As a graphic designer with a daughter who is endlessly curious about data and astronomy it’s the perfect addition to our framed art collection. It would make an ideal gift for a hard to buy for person – so many of them are men! It’s not too late to order for Christmas, I received my Anaptár calendar within a week of ordering. Even if it arrives later it is a fabulous gift to usher in the new year. Find out more and order here.