Roxy has been obsessed with two things this Christmas: singing Deck the Halls over and over again, and making a gingerbread house.

There was much excitement and singing as we looked for a recipe, drew the templates, planned the decoration and shopped for the ingredients.

So yesterday, while we sang Deck the Halls we baked the gingerbread, and this morning – while we sang Deck the Halls – we put it together and decorated it. For a first ever attempt it turned out OK. Roxy was in charge of deciding how we decorated it (I had to let go and breath deeply and let her do it!) and I was in charge of applying the icing “glue” so she could attach the sweets.

I think she did a pretty excellent job. I love the little gate! All that is left to do is sift icing sugar snow over the top. 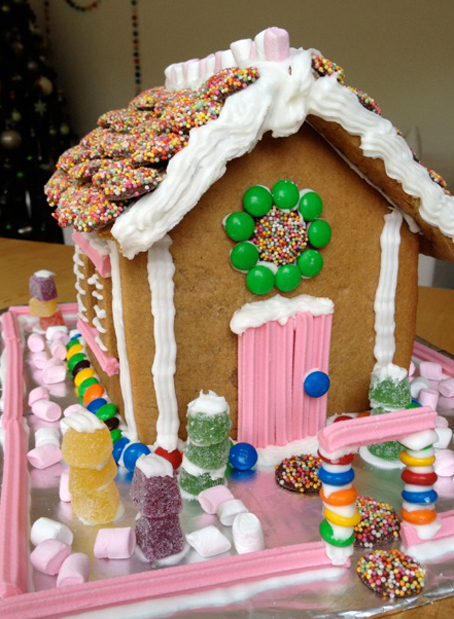 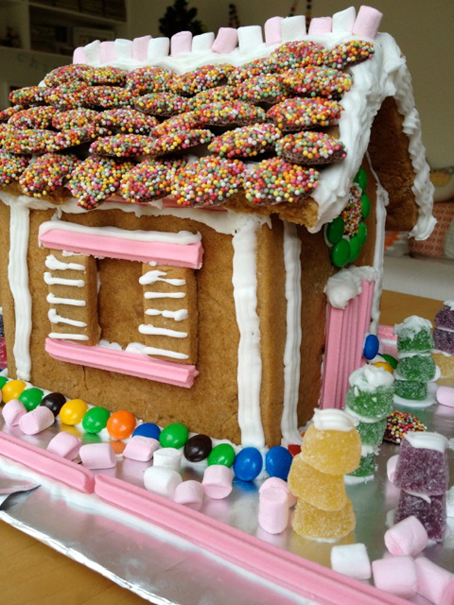 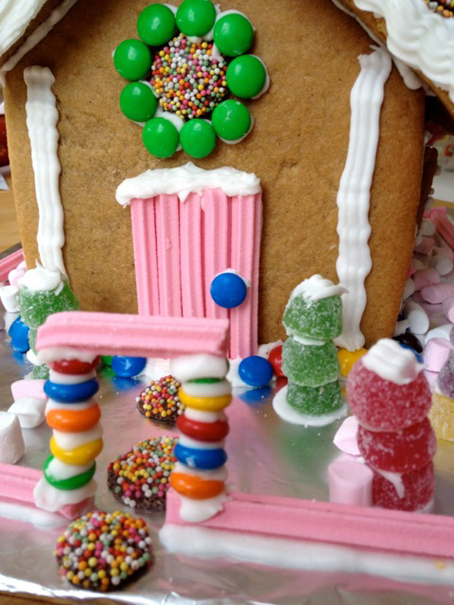 Half way through we had a bit of an engineering disaster when half of one side of the roof fell off! (you can see in the photos that the roof is shorter on the left hand side) It seems like it was too laden with freckle shingles and icing glue. So we now have a house with eaves on one side but not on the other.

Things I have learnt:
– you can never have too much icing or too many sweets (according to Roxy)
– make the roof pieces smaller next time
– buy a CD of Christmas songs. variation is good.
– for the base, cover a chopping board with foil instead of using cardboard which isn’t so sturdy and can cause the equivalent of an earthquake when you try to move it.

We’ve decided to make it a new tradition and make a gingerbread house each year. Do you make them? I have a question… Christmas day is still nearly a week away, how do you store it? I’ve wrapped ours up in cellophane, but I’m unsure whether it’s going to stay fresh. Have we made it too early? Should we have a pre-Christmas gingerbread tea party instead of waiting until “the day’?